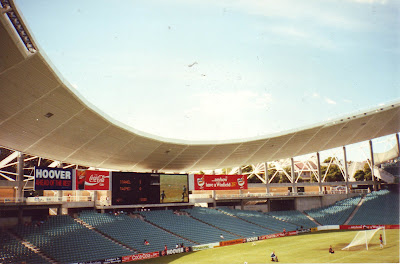 Think this was an Olympic Games Qualifier played at the Sydney Football Stadium. Also played at the same venue was Australia v New Zealand in front of about 11,000 I believe!

If I remember correctly Chinese Taipei played Western Samoa in a play off at St George Stadium, I was there, they won 5-0 and it featured a tasty brawl at one stage.
# posted by Me @ 4:19 PM