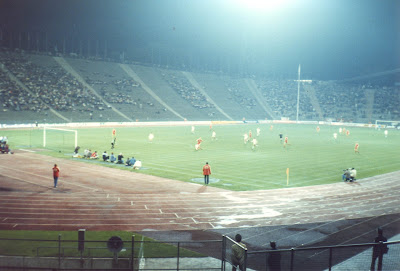 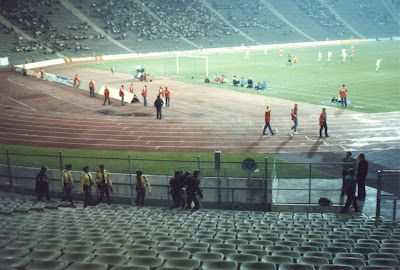 European Cup action in 1985 at the Olympic Stadium. A protest in support of Solidarity attracted the attention of the German police. Small crowd huh, this was during the beer festival and I was pretty well lathered, I even caught a train to dachau but felt kinda daft asking where the concentration camp was so went back on the Lowenbrau.
# posted by Me @ 5:17 PM