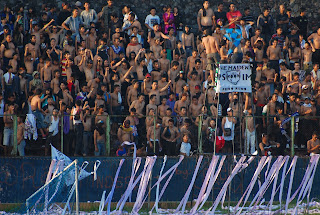 Tits out for the lads. They may not be the carToon Army and the weather may not have a north east coast chill buy these PSIM lads are still letting it all hang out

Another section of the PSIM support 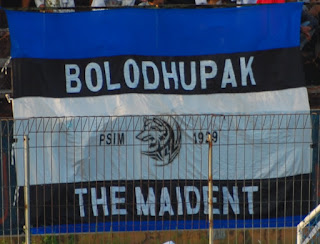 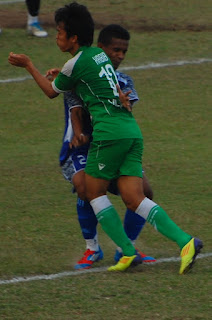 Is this inside or outside the box? The Persebaya saw red for this challemge 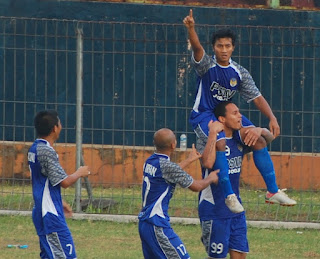 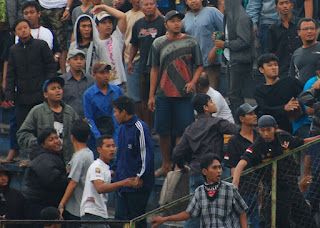 Mocking the away supprt 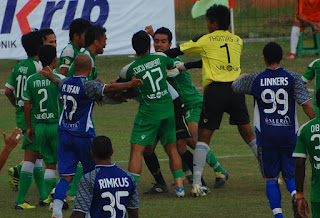 Persebaya players go for the ref after he ordered a pen to be retaken. The keeper had saved it, below 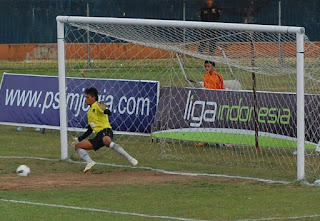 With local elections coming up in Jakarta this sends out a pretty strong message. The city is desperately short of stadiums and is in the process of losing one when Lebak Bulus gets demolished soon

Again a reference to the elections. Persija's next, and final, home game of the season will be played behind closed doors because any kind of gathering is forbidden. Parties like to use the Bung Karno Stadium to preach to their cadre and the above banner says A Stadium is not a place for campaigning

This group of Persija fans cycle to home games...orange bicycles of course

A message of support, slightly misspelt, from a Persija fan group to Cardiff City fans