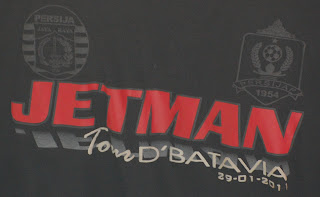 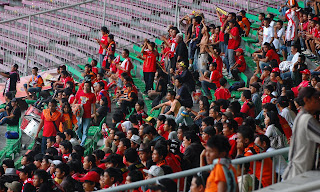 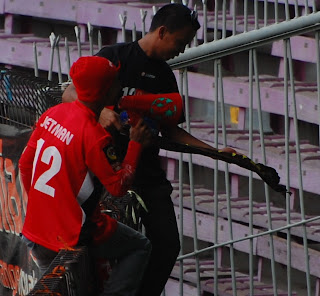 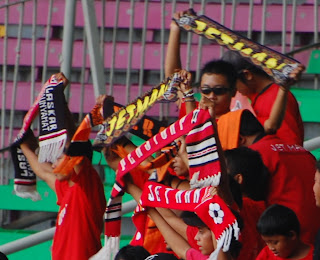 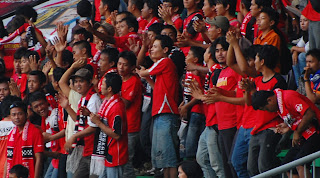 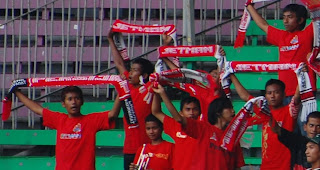 I don't have all the answers. God, I don't even half all the questions half the time. Take Persijap fans this afternoon away to Persija. A good turn out, possibly 200 or 300 had made the journey from Central Java.
But to look at them you would think that they were bitter rivals, not supporting the same team.
There were two distinct groups of Persijap fans in the away enclosure today and would they cheer their team at the same time? Would they bollocks. The chances are, had their team scored they would have cheered that at different times.
But given their defensive proclivities today we were never gonna find out.
# posted by Me @ 9:25 PM