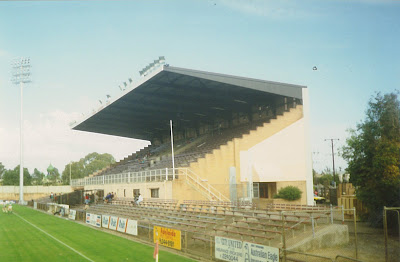 Can't remember who was playing when I came here, it was the Adelaide City State League team against ???
# posted by Me @ 9:02 AM 0 Comments 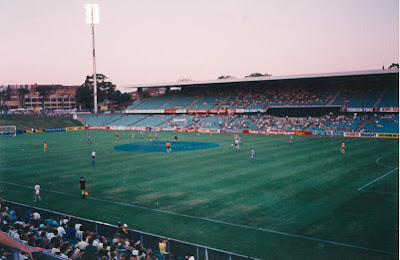 Back in the days when the Socceroos were sponsored by a tobacco manufacturer - things have changed and how! The Swedes, backed on by thousands of drunken backpackers, won this 1-0. Parramatta Stadium was primarily the home of the Parramatta Eels Rugby League club but also doubled as the venue for important football matches like play off and internationals. I think the crowd was about 6,000 for this game.
# posted by Me @ 8:57 AM 0 Comments 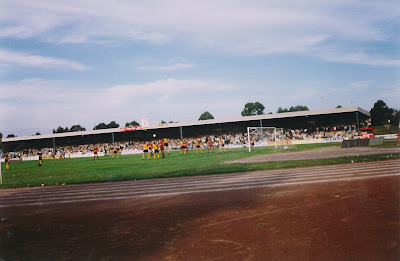 This was a tasty affair! 10,000 turned out for this local derby which, in the twisted ethnic logic that ruled football then was a clash between Makedonia and North Greece...no love lost.
# posted by Me @ 8:54 AM 0 Comments 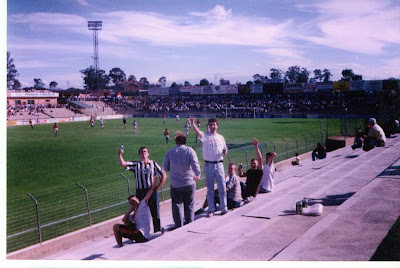 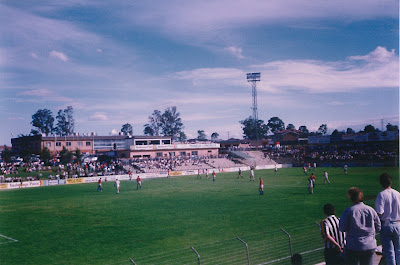 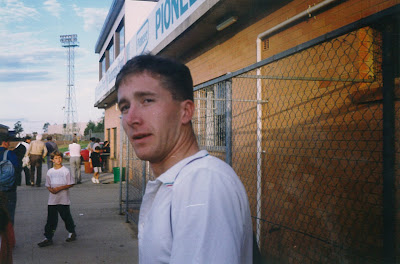 This was my last game in Australia, 1991, and the Saints put on a show. Andy Harper scoring twice as they won 3-0 at Edensor Park. Got his shirt after the game but it's gone missing over the years. It was also St George's last game in the NSL. Next time I saw John Filan was at Turf Moor, Burnley where he was playing for Cambridge United. He was a touch surprised to see me and Andy's shirt in deepest Lancashire!
# posted by Me @ 8:47 AM 0 Comments 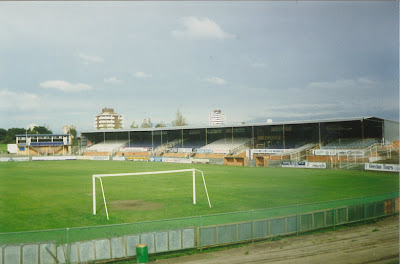 Only went to this stadium once but what a game. South Melbourne beat Woollongong Macedonia 7-3 - the highest scoring game I've been to.
# posted by Me @ 8:45 AM 1 Comments 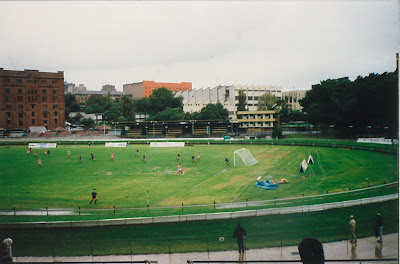 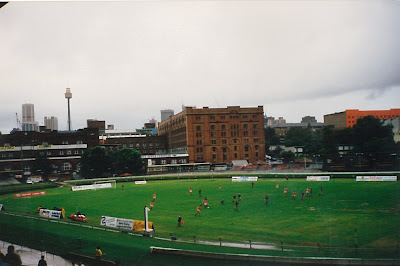 This was 1988. I have no pix from Lambert Park unfortunately but I did manage to see a couple of games at Wentworth Park, a dog track, that APIA used for a while. I forget the score here, maybe 1-0 to City who had Alan Brazil guesting for them.
# posted by Me @ 8:20 AM 0 Comments 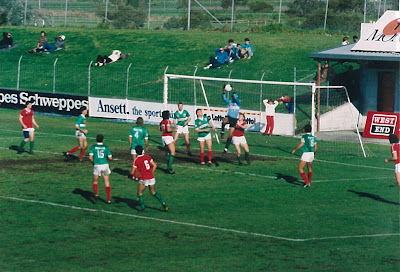 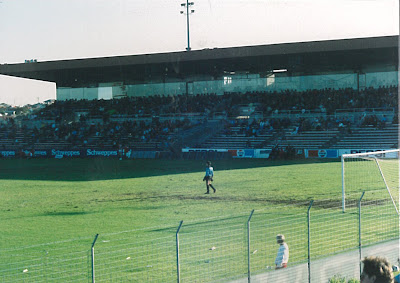 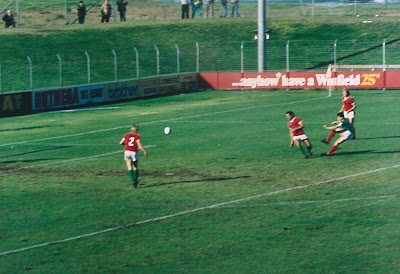 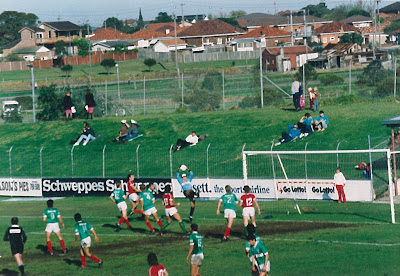 My first game downunder, 1987, was this NSL match at the St George Stadium in Banksia. Marconi won 2-1 but the Saints went on to win the grand final beating APIA 4-0 at Parramatta Stadium in front of less than 7,000! In one of the pictures I think it's Frank Farina having a shot on goal.
# posted by Me @ 8:10 AM 0 Comments 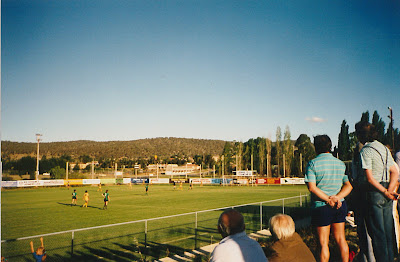 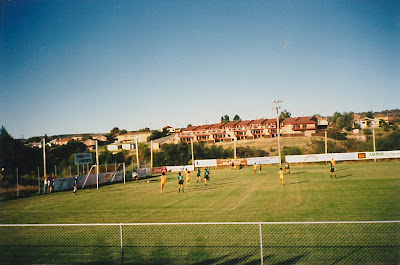